The “BX” area of the North Okanagan, BC, Canada, is a 6,000 acre geographical area in northern Vernon. Locals, who are familiar with these simple letters, often refer to locations such as BX Creek, BX-Swan Lake Firehall. BX Elementary School. BX Road and BX-Ranch Dog Park. A rich history stands behind these simple initials.

“In 1861, a solitary man walked from Yale to Soda Creek with a sack of mail, newspaper and parcels on his back. From Soda Creek he paddled an Indian canoe to Quesnel. Several times a year, in spring, summer, and early fall, as long as the weather allowed, he made this difficult, seven hundred and sixty miles return trip, keeping the gold fields of the Cariboo in contact with the outside world. The charge for this service, two dollars per letter, one dollar per newspaper, a price readily paid by lonely miners. This intrepid man was Francis Jones Barnard.”

Born in 1829 in Quebec City, F.J. Barnard was only 12 years old when his father died. Through hard work, he was able to provide for his mother and siblings, and at 25 married Ellen Stillman. Two years later he moved to Toronto with his wife and son, however was not able to earn a satisfactory living. He left his wife and son in 1858 and traveled on a trading ship from New York to Victoria. Several of his fellow passengers died in the appalling conditions of third class steerage but he survived, leaving Victoria for Yale with only a five dollar gold piece in his pocket.

He earned money by splitting firewood and delivering it to homes and businesses in Yale. He saved enough to stake a gold claim which he soon sold at a small profit. In 1859, he was elected constable, a dangerous job in those days when claim jumping (considered to be the ultimate crime) and disposing of the claim owner (almost as serious) were very common. His last duty as a policeman was escorting two prisoners to New Westminister by canoe. When they attempted to escape, Barnard, a powerful man, was able to subdue the convicts and get them safely to the penitentiary. However, he decided to find a less dangerous job, and was hired on as purser on the newly built steamship Fort Yale, on which his wife and son arrived in 1860. On its very next trip, at Union Bar two miles above Hope, the ship’s boiler exploded, not an uncommon event in those days. Five of the crew were killed but Barnard, who was eating his dinner in the dining saloon, was thrown clear. He took this as a sign that he should again look for less hazardous employment. 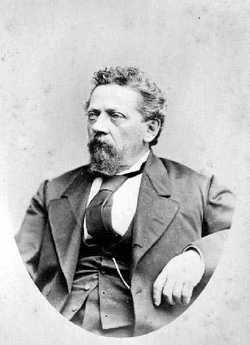 He worked for a short time on the trail being built from Yale to Boston Bar, then he started packing mail to the Cariboo. In 1862, he was awarded the government postal contract. He bought a small mule, loaded the mail and express on its back, and led it up the trail to the Cariboo – the beginning of Barnard’s Express.” From here the stage line operated as Barnard’s Express, or “The BX”, and grew to service routes covering nearly the entire interior of British Columbia. By 1864, Barnard’s “wagons and stages covered 110,600 miles, he employed thirty-eight men, and used one hundred sixty horses.” The company continued to grow and in 1871, Barnard has a bill passed in legislature for the company to be called “The BC Express Company”.

This became “the first established land transportation system west of the Rockies, and eventually, with routes covering over a thousand miles, second in size only to the legendary Wells Fargo. The stage coach trip from Yale to Soda Creek, which took from forty-eight to fifty-two hours was made twice a week, and never a trip was missed in all the years that this route was in operation.

The BC Express owned and operated a famous 6,000 acre horse ranch, called “The BX Ranch” at Priest Valley, which later became known as Vernon. “This was the age when the horse was still regarded as king and the “BX” made every effort, regardless of expense, to obtain the finest horses for its Cariboo service…In 1868 about 400 head of breeding stock was purchased in California and Mexico and driven north to the Vernon ranch. This ranch for many years provided the Company with a large part of their best stock.”

The BC Express owned and operated a famous 6,000 acre horse ranch, called “The BX Ranch” at Priest Valley, which later became known as Vernon. This was the age when the horse was still regarded as king and the “BX” made every effort, regardless of expense, to obtain the finest horses for its Cariboo service. In 1868 about 400 head of breeding stock was purchased in California and Mexico and driven north to the Vernon ranch. This ranch for many years provided the Company with a large part of their best stock.

Over the first twenty years of the 20th century, the stagecoaches were replaced with automobiles, rail transport, and steamers. In 1920, “due to the completion of the PGE Railway and the advent of truck transport, the BX, after more than fifty years of service, closed its doors for the last time. No company has been more closely associated with the history of this province than the BC Express Company”.